Chicharrones de Cerdo (Pork Cracklings) are delicious pieces of pork chunks or strips, cooked in its own juices to crispy perfection. A hugely popular food found all over the island!

In Puerto Rico, pork cracklings are known as simply chicharrones and boy are they delicious!

Definitely, one of life’s guilty pleasures! One, that if I could have every few days, I probably would!

Crispy crunchy hyper-flavorful pork morsels that are to die for!

If you have never had chicharrones but love the delectable crispy skin of Pernil Asado Puertorriqueño (Roast Pork Shoulder) or the skin of a roasted pig, then, you will absolutely love, chicharrones de cerdo.

Although chicharrones are very popular in Puerto Rico, they’re not specific to the island.

What are Chicharrones de Cerdo?

Chicharrones, are strips or chunks of pork skin with layers of fat and some meat attached.

In English, we sometimes refer to chicharrones as pork rinds, but pork rinds are marginally different.

More on pork rinds below.

Chicharrones taste a lot like the crispy skin rendered when cooking one of our most popular dishes, pernil (Roasted Pork Shoulder).

Comparingly to the crispy skin produced when cooking a whole pig over an open fire on a spit.

So if you enjoy these dishes, you will love chicharrones!

These areas of the pig have the perfect amount of both fat and meat, producing the best chicharrones de cerdo.

What is the Difference Between Pork Rinds, Pork Cracklings and Chicharrones?

Although chicharrones are sometimes referred to as pork rinds, pork rinds are slightly different.

Pork rinds are solely the skin of the pig without hardly any fat and no meat attached. The skin is either fried, roasted or baked, producing a puffy sort of air filled texture.

In Spanish, these are known as Chicharrones de Viento.

These are the kind you usually find in a bag at your local convenience or grocery store.

Pork cracklings and chicharrones are the closest or most similar to one another.

Pork cracklings have skin, fat and some meat.

Tips for the Best Chicharrones

Although chicharrones are customarily eaten and deliciously perfect on their own, some people like to serve with a salsa or top them with a dry seasoning.

Some Salsas and Seasoning Ideas to for Chicharrones

Salsa Verde-Cover chicharrones in salsa or serve on the side and dunk. YUM!

BBQ Sauce-Sprinkle a few tablespoons on top and toss to cover all pieces well.

Cheese Powder-Toss in some cheesy powder to cover, excellent especially if you love cheese!

Onion Powder-Sprinkle a little on top and toss.

Garlic Aioli-Blend a few cloves of garlic with olive oil and salt to taste. Use on the side to dunk pork pieces.

How to Make Chicharrones de Cerdo

For this chicharrones recipe, I used a pork shoulder roast.

Note: Save the rest of the roast for another meal.

Note: Sorry photo shots of strips frying in their own oil were damaged and as such, I couldn’t attach here for your convenience.

Due to the high-fat content of chicharrones, they may not be the best food to have all the time. Especially important if watching your cholesterol or weight goals.

However, chicharrones are a good choice for those people who are watching their carb intake as well as avoiding foods with a lot of preservatives.

What to Serve Chicharrones de Cerdo with?

In Puerto Rico, chicharrones are usually served as a snack on their own. Luckily, just like carne frita (fried pork chunks), chicharrones can also be served as an appetizer, lunch or dinner.

Snack-Serve chicharrones on their own.

Appetizer-simply serve with a sauce on the side of your liking.

Lunch-serve with a side of yuca frita (fried yuca) and salad.

Another delicious Latin twist, serve with tortillas or pupusas.

Dinner-chicharrones are excellent with arroz con gandules (rice with pigeon peas) and a side of garlic tostones.

Instructions for Using a Pork Shoulder 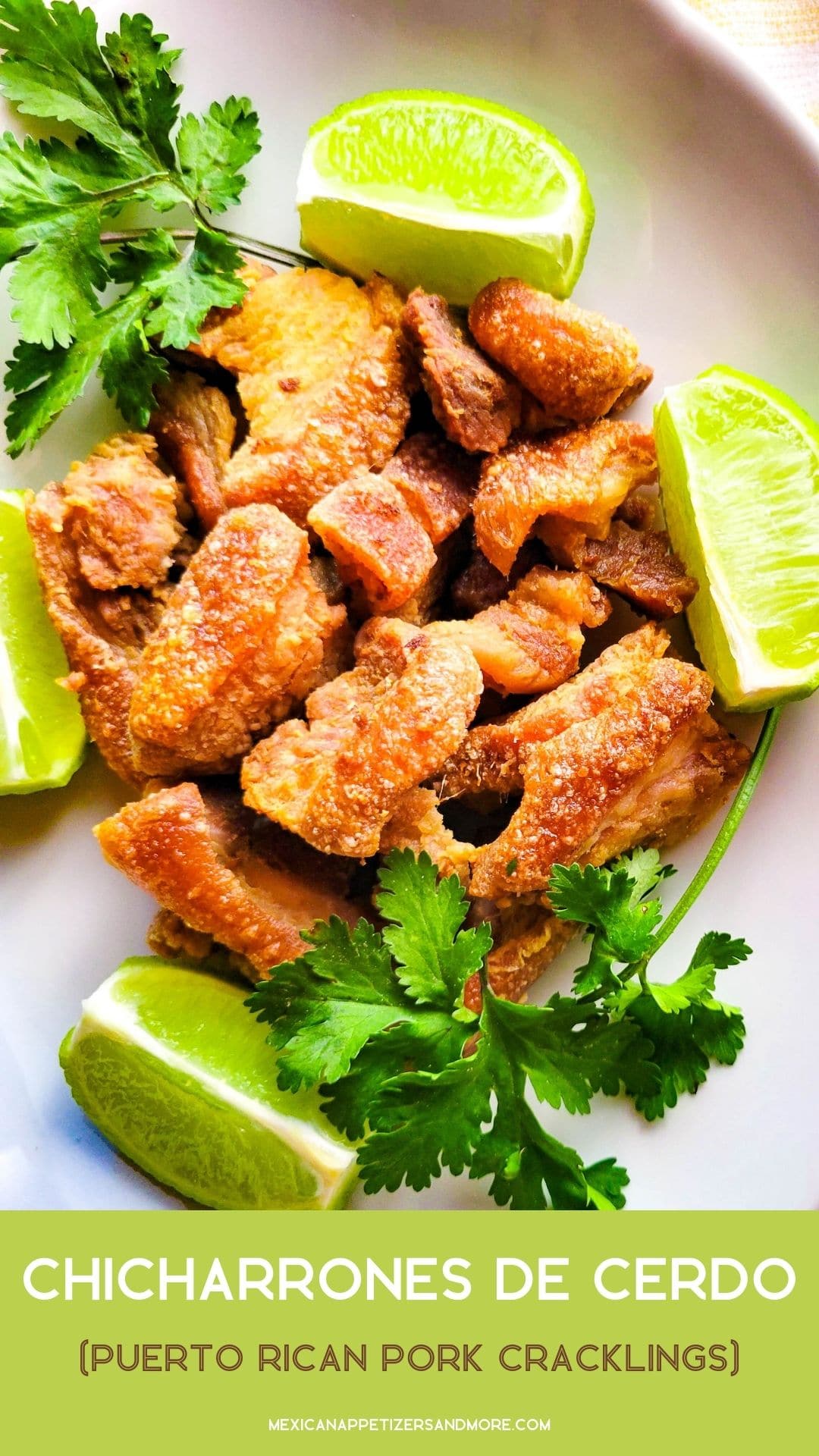 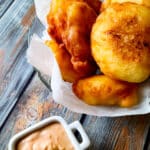 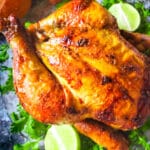 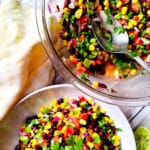