Puerto Rican Chicken Soup (Sopa de Pollo Boricua) is soul warming and heavenly delicious! This is not your traditional chicken soup! What makes Puerto Rican Sopa de Pollo amazing and above regular chicken soup? Its natural homemade savory chicken broth. The chicken broth is made from cooking whole pieces of chicken right into the soup and then flavored with plenty of Latin seasonings! Although hyper simple to make, this will be the best chicken soup you will ever make!

It’s that time of the year again where a good bowl of soup is in order! The weather is getting colder and with that comes all the comforting recipes begging to be made! The savory casseroles, warm buttery breads and of course all the delicious savory stews and soups.

But when it comes to soups, I think we can agree that when we think of classic soups, the first one that comes to mind will almost always certainly be chicken soup!

Hence, this Sopa de Pollo! But note, this is not your ordinary chicken soup!

This soup entirely embraces all the words homemade, simplicity, flavorful, delicious and wholesome!

Traditionally, an American chicken soup is made with a good chicken stock whether homemade or store bought. The soup will have skinless chicken breast either cubed or cut into small chunks with plenty of vegetables such as celery, carrots, potatoes, peas and onions. Seasonings come in a variety of aromatic herbs such as thyme, dill, oregano and usually parsley. For heartiness you will usually see some form of egg noodles, spaghetti or even couscous.

However, a Puerto Rican chicken soup is flavored and cooked quite differently.

The soup first begins with a flavorful base of Puerto Rican sofrito, followed by other delicious Latin seasonings.

More importantly, the chicken broth comes directly from cooking whole pieces of chicken. It is made by cooking either the thighs, drumsticks, wings or a combination of all three. The chicken breasts are cut up into larger chunks and added at the end when the soup is almost done to keep it moist and tender.

Although this is not necessary. This is because the dark meat of the chicken releases such depth of natural chicken flavor versus solely using chicken breast as is the case usually in a traditional American chicken soup.

As far as veggies, well this will vary depending on the household or even what we may have available.

Traditionally you will see, carrots, potatoes, onions and corn coblets.

For heartiness, you will see fideos (thin cut spaghetti) or some other form of pasta such as coditos (macaroni) or even white rice.

Always you will find fresh cilantro in the soup and if you have some culantro available too, as these give the sopa its characteristically Latin flavor!

Sofrito: Add the tablespoon of oil to a caldero, dutch oven or medium to large pot and heat oil over medium heat. Stir in the sofrito and stir fry for 2 minutes.

Add the chopped onions, bay leaves and sazon. Stir well and cook for a minute.

Add pieces to the pot.

Carrots: Wash carrots. You can choose to leave or remove skin. Slice carrots about 1/8 inch. Add to pot and cook for a few minutes with all other ingredients.

Water or Broth: Add either water or chicken broth to pot. (Note: If using solely water you can add the chicken bouillon now to pot)

Cilantro: Rinse and chop cilantro. Add to the pot.

Corn: Rinse corn under cool water and either add to pot whole or cut in half and then add to pot.

Last 15 Minutes of Cooking: Add the pasta and chicken breast chunks in the last 15 minutes of cooking.

What to Serve with Your Soup

This soup is a meal all on its own. However, it is extra delicious and even more filling with a side of white rice and a sliver of avocado.

A side of crusty bread is great too!

For more delicious chicken dishes, you will also love these: 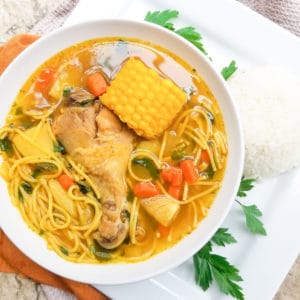 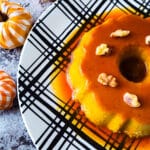 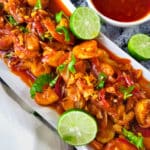 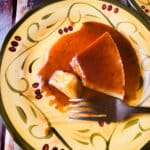